This text is edited by Simon van Rysewyk, a medical writer, author and University Associate at University of Tasmania. The text is supported by 36 international contributors, from diverse research perspectives, such as health psychology, phenomenology, humanities, psychophysics, cognitive and behavioural neurobiology and psychiatry. It promises to be the first of its kind to provide an in-depth review of the research dedicated to the meaning of pain, especially in the real world context.

The target audience are clinicians, researchers, patients and caregivers. To date pain research has been dominated by scientists and clinicians concerned with the study of the neurobiological components of pain. Very few have explored the interaction between the meaning, pain and neurobiological activity.

This text, over twenty-three chapters, seeks to address this imbalance. The opening chapters explain the rationale of the book in a well laid out manner, which is supported by recent and comprehensive references. It is argued, patients perceived meaning of life is often underestimated and therapy is aimed at the medical model, somewhat disregarding the real meaning to patients and highlighting the common complaint of patients of lack of opportunity to explore personal meanings of their pain with in healthcare professionals. This in turn denies patients the opportunity to tell their story, thus feeling not believed, which may be associated with excitation of the nociceptive system and increased pain.  The objective nature of obtaining a diagnosis via chest X-ray versus the subjective nature of pain, is explores, as at times pain is viewed as an adjunct of a broken biomechanism rather than a disease in itself.

Currently there is hope and expectation that pain as a symptom can be diagnosed via brain imaging, thus replacing subjective measures. Rysewyk argues: ‘Are we not missing the point?’ What the patient feels and thinks matters as they are human beings, and should be treated as such. Neural plasticity and the malleability of pain, challenges old stereotypes of pain, explores the sensory experience of pain and acknowledges neural and psychological activity.  This concept has become so complex and connected that science is struggling to describe its findings, citing one of the most striking phenomena associated with pain: phantom limb pain, where there is no stimulation at the peripheral receptor, yet there is a central response.

Neuroscience has made significant progress in understanding the neural processes involved, but science continues to ignore the emotional aspect of pain. It is concluded a multidisciplinary approach is needed, but more importantly research into the relationship between the brain and its correlation to the environment. Research into emotions, consciousness and the mind and the environment may resolve the problem of chronic pain.

New technological breakthroughs to the neuroscientific research of pain communication explores the use of technology, highlighting tools such as affective computing and virtual reality as complementary and feasible methods, hoping these research initiatives may provide a greater understanding and therefore promote more empathetic behaviour in clinical contexts.

Attention is drawn to the widely recognised difficulty in recognising the experience of an invisible condition. Research into behaviour and into their explanation is discussed, attempting to tie in pain ratings and observed behaviour, only reinforcing that no ‘third person’ can accurately and entirely explain the pain of another, thus remaining a subjective report. Can the lived-experience of pain be expressed and shared? This lived experience affects the patient’s body, and physicians conceptualise the meaning with physical signs and symptoms that disrupt normal functioning. This represents different realities for patients and physicians. Through dialogue alone this could gap be overcome and effective treatment could be offered.

The text is an interesting read with in-depth referencing. The content is comprehensive, complex and the approach new. The meanings of pain are explored from many different angles, including philosophical, phenomenological approach, social and ethical perspectives and challenges the current use of animal-based translational research for chronic pain treatments.

This is a ‘must have book’ for those looking after patients with chronic pain, however it may present a challenge to the lay person (patient and caregivers).  It is an excellent first publication to express the difficulty clinicians experience in describing and interpreting something invisible from a scientific and philosophical point of view, highlighting the need for further research. 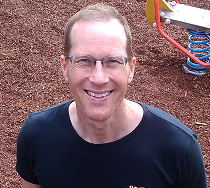