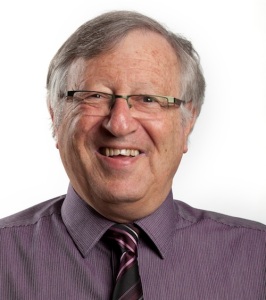 Fibromyalgia
The current criteria for making the diagnosis of fibromyalgia are based upon the scoring obtained from two subjective measures, the Widespread Pain Index and the Symptom Severity Scale, the results of which are then combined [Wolfe et al, 2010]. Fibromyalgia is therefore neither a distinct syndrome nor a specific disease but is now being understood as an indication of polysymptomatic distress [Wolfe et al. 2013].

Although some of the interventions appeared to be beneficial, in others the outcomes were either inconsistent or inconclusive. The investigators remarked upon the “methodological flaws limiting definite conclusions about their efficacy and safety” [Lauche et al., 2015].

Somewhat surprisingly, craniosacral therapy (CST) was not included in the systematic overview. However, this form of therapy is being confidently offered around the world to patients with fibromyalgia. [For example, see: http://www.fibromyalgia-symptoms.org/fibromyalgia_craniosacral.html]

The origins of craniosacral Therapy (CST)
CST is an approach that appears to have been modelled upon the remarkable theories of 18th century Swedish philosopher and scientist, Emanuel Swedenborg [Tubbs et al. 2011]. Because of his many prescient insights about the brain and nervous system, Swedenborg has been recognized as a neuroscientist who was well ahead of his time [Gross, 2009], and has been accorded a prominent place in the history of neurology [McHenry, 1969].

He gave an accurate account of the importance of the cerebral cortex as the seat of the higher psychical functions and was the first to suggest somatotopic organization of the motor cortex, as well as the importance and function of the pituitary gland (which he termed the “arch gland”).

The pumping action of the brain forced “nervous fluid” through the nerves. The spinal ganglia were thought to help propel the fluid, which was eventually returned to the spinal cord and brain by way of the meninges [McHenry, 1969].

Swedenborg attempted to explain mental events in terms of minute vibrations or “tremulations”. These, and his other important contributions to neuroscience, were only recognized when his manuscripts were discovered, translated, and published in the late 1800s.

Swedenborg’s influence
Swedenborg’s ideas seem to have influenced William Garner Sutherland (1873-1954), an American osteopathic physician, who proceeded to elaborate upon them [Scarr, 2013].

Sutherland described five components of what he called The Primary Respiratory Mechanism, an intrinsic motion that expressed itself through the entire body and was held to be a “fundamental expression of life itself.”

Agreeing with Swedenborg, Sutherland observed that the brain and spinal cord undulate rhythmically, as does the cerebrospinal fluid. Moreover, this fluid was able to move throughout the body by passing along the spinal nerve sheaths and through extra-cranial lymphatics, thereby fulfilling a nutritive function. The movements of the brain and cerebrospinal fluid also became evident in the spinal membranes as a “dynamic shifting of tension” within them.

Sutherland believed that the dura mater was held under constant tension and could transmit external forces along its length. Because of its attachment to the cranial bones, this tissue was responsible for maintaining the structural integrity of the cranium.

Thus, excessive forces applied by the dura mater to the cranium could lead to distortion of its components, which although they grew to approximate each other, remained in constant motion. The cranial sutures were thus kept open by tiny movements, estimated to be of the order of 100ths of an inch.

Sutherland’s views were at odds with the conventional thinking of anatomists, which held that the bones of the skull fused in early life. But Sutherland interpreted the fusion of certain cranial sutures to be indicative of a pathological condition, said to follow cranial traumata.

The importance given to the sacrum is due to its role in anchoring the dura mater. Motility at the level of the occiput is transmitted to the sacrum. Any trauma to the sacrum could also have an effect on the cranium (e.g. be a cause of headache).

Sutherland also believed that the body’s connective tissues are subject to a cyclic change in tension and a small amount of motion, typically 2-14 times a minute [Scarr, 2103].

In summary, the “craniosacral system” comprises the bones of the skull, the cerebrospinal fluid flowing within the spinal meninges, and the anchoring sacrum.

Upledger’s contribution
The idea of cranial bone movement and a “dural pulse” were further developed in the 1970’s through research performed by osteopath John E. Upledger (1932-2012) and his associates at the University of Michigan.

A key part of the ‘cranial’ concept is that bones of the skull remain distinct throughout life and have a rhythmic motion that is palpable as the ‘cranial rhythmic impulse’ [Scarr, 2012].

This mobility allows the CST practitioner to palpate the pulse and at the same time to gently move the cranial bones in such a way as to remove any restrictions, in order to restore bodily balance, and relieve tension in fascial tissues throughout the body. Headaches, muscles spasm, and chronic pain are said to then be able to rapidly dissipate.

In contrast to Sutherland’s Primary Respiratory Mechanism Model, Upledger suggested that the cerebrospinal fluid pressure rhythmically fluctuates according to its cycle of production and resorption. It is this “pressurestat” mechanism that drives the ventricular system of the brain to dilate and contract rhythmically—rather than “some intrinsic contractile power of the brain tissue itself” [Upledger & Vredevoogd, 1983].

Upledger’s model centred upon the presumed existence of sensory nerves and receptors positioned within human sagittal sutures that are responsive to compression and stretch, acting as a signalling system between the respective suture and the choroid plexus.

When a suture expanded, stretch receptors were activated and the production of cerebrospinal fluid (CSF) decreased. As fluid was reabsorbed into the venous system, volume and pressure of CSF reduced, activating compression receptors within the suture and signalling the choroid plexus to resume production of CSF. According to Upledger [1995]:

“The brain, in turn, rhythmically tones and relaxes the myofascial system via the motor division of the nervous system. This effect is delicate and easily inhibited by connective tissue that is restricted and not able to respond to this gentle urging of the craniosacral system via the motor system. Hence, these restrictions are easily found by the skilled therapist practicing craniosacral therapy.”

Alaquel et al. [2006] reviewed the evidence that cranial sutures do respond to mechanical loads and believed that they function as a cushion between adjacent bones. The sutures can indeed be subject to compressive stress, tensile stress, and shear stress as the underlying brain expands during development and as forces are transmitted from the masticatory muscles.

But these forces are technically difficult to measure with accuracy. Alaquel et al. [2006] considered that additional research is needed to elucidate the mechanotransduction events by which cranial sutures respond to the application of mechanical force.

Interrater reliability of CST
When Wirth-Pattullo and Hayes [1994] tested the claim that craniosacral therapists are able to palpate changes in cyclical movements of the cranium, they found that interrater reliability was unacceptable for clinical decision-making and treatment. They also wondered about the very existence of craniosacral motion and whether the evaluators in their study might have imagined such motion.

In a lengthy response, Upledger [1995] affirmed the usefulness of his “pressurestat” model and argued that other factors needed to be considered besides an assessment of the rate, amplitude, symmetry, and quality of the craniosacral rhythmical activity, as palpated using the “vault hold” on the head.

Upledger [1995] argued: “we should not allow strict adherence to the rules of experimental design to fetter human intelligence, nor should we allow it to stifle our creativity.”

He then defended his position by calling upon therapists to factor in the “wisdom of the body,” or in other words, to harness the placebo response:

“Implicit in craniosacral therapy is the concept that the patient’s own body and craniosacral system know how best to correct the problem. Our goal as therapists is to tune into that inherent wisdom and assist and facilitate its self-corrective processes.”

Controlled trials of CST in fibromyalgia
In a randomized controlled trial of a 20-week programme using a CST protocol in patients with fibromyalgia, symptoms did improve but there was no comparable control group (i.e. patients receiving another form of manual therapy) [Cástro-Sanchez et al. 2011].

The same serious design fault was evident in another study performed by the same group of researchers [Mataran-Peñarrocha et al. 2011]. The control group in each of these studies had received disconnected magnetotherapy.

The complex treatment protocol administered by the researchers was aimed at “removing the restrictive obstacle and returning the system to its natural state.” But it is noteworthy that they failed to record the nature and site of any such obstacles they encountered in members of either group.

In their review, Hartman and Norton [2002] reached this conclusion:

“Our own and previously published findings suggest that the proposed mechanism for cranial osteopathy is invalid and that inter-examiner (and, therefore, diagnostic) reliability is approximately zero. Since no properly randomized, blinded, and placebo-controlled outcome studies have been published, we conclude that cranial osteopathy should be removed from curricula of colleges of osteopathic medicine and from osteopathic licensing examinations.”

Conclusion
From the available scientific evidence, one can only agree with the conclusion of Rogers and Witt [1997] that the opinions or beliefs of practitioners of CST do not provide sufficient reasons to support its use as an effective treatment. At the very least this appears to be the case for those with fibromyalgia.

Gross CG. Three before their time: neuroscientists whose ideas were ignored by their contemporaries. Exp Brain Res 2009; 192: 321-334.