The John Bonica Named Lecture is offered to an Australian guest speaker. 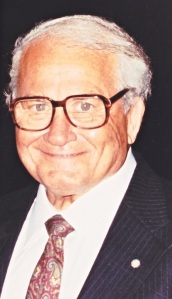 The Bonica lecture has been a feature of the Australian Pain Society scientific meeting since 1984. John Bonica himself presented the first lecture, and generally the honour is bestowed on an Australian scientist/pain clinician.

Dr Bonica’s vision was to provide an egalitarian, interdisciplinary, and international forum to improve knowledge about pain, improve the education of health-care providers, and improve the care of patients. Widely regarded as the Founding Father of Pain Medicine, his passion lead to the incorporation of the International Association for the Study of Pain (IASP) in May 1974.

Glenn is currently Professor and NHMRC Principal Research Fellow at the Institute for Molecular Bioscience (IMB), University of Queensland. Glenn grew up in Sydney, where he completed his PhD studies at the University Sydney before postdoctoral studies at the University of Oxford. After academic appointments at the University of Sydney and the University of Connecticut, he joined the IMB in 2007. Glenn’s interest lies in using animal venoms to explore the molecular architecture of nociceptive pathways in order to develop novel pain therapies. He has published three coauthored books, 19 book chapters, and 240 journal articles. Recent awards include the 2013 Beckman Coulter Discovery Science Award from the Australian Society for Biochemistry & Molecular Biology, 2013 ASB Sir Rutherford Robertson Award from the Australian Society for Biophysics (ASB), 2015 Medal of the Australian & New Zealand Society for Magnetic Resonance (ANZMAG), and the 2016 IMB Impact Award for Discovery & Innovation. Glenn is a former President of ASB, former Chair of ANZMAG, and he has been an elected member of the Executive Council of the International Society for Toxinology since 2012. In his limited spare time, Glenn rides his road bike and plays guitar badly. 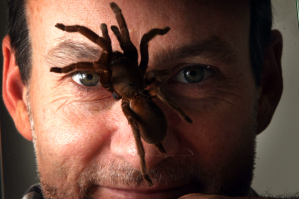 We are delighted to have Professor Glenn King involved in 2019 APS 39th ASM and present the Bonica Lecture. We hope you will be able to attend and enjoy everything this ASM has to offer.