“Everybody Has Won and All Must Have Prizes”: Dodo Birds in Psychological Treatments for Chronic Pain

Do different psychological interventions to alleviate pain work through similar or unique mechanisms?

This article was published by Pain Research Forum on 02 October 2019 and is reproduced here with permission. 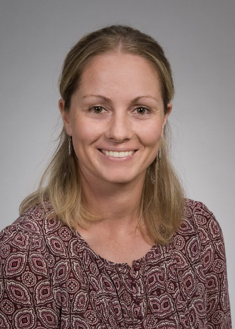 Editor’s note: The following is a summary of the Professor Tess Cramond Named Lecture from the Australian Pain Society 39th Annual Scientific Meeting. Professor Cramond began her career as an anaesthetist in the early 1950s and made significant international contributions to the improvement of anaesthesia, resuscitation, and pain medicine. Since 2007, the Tess Cramond Lecture has been presented by an Australian early career researcher. The 2019 Tess Cramond Lecture was delivered by Melissa Day, University of Queensland, at the Australian Pain Society 39th Annual Scientific Meeting, which took place from April 7-10 on the Gold Coast, Queensland, Australia.

However, many questions remain about the mechanisms underlying many of these therapies—how do they work?

In her talk at the 2019 Annual Scientific Meeting of the Australian Pain Society, Melissa Day, University of Queensland, shared recent research findings in this area. Her take-home message was that enhancing our understanding of treatment mechanisms will help in the development of better and more personalised psychological treatments for chronic pain.

However, Day explained that when these and many other psychological treatments are compared, we see the dodo bird verdict (or effect). The dodo bird effect is a somewhat controversial topic in psychotherapy and refers to the claim that all psychotherapies produce the same outcomes—regardless of the specific components of each therapy. This effect is named after the Dodo character featured in Lewis Carroll’s Alice in Wonderland, who proclaims, “Everybody has won and all must have prizes,” at the conclusion of the Caucus race.

One of the problems with the dodo bird effect is that many studies compare group averages of treatments. But, “We know that there is a large degree of individual variability in the treatment response,” Day said. “This means that two or more people that we actually treat in the clinic may not have the same response to CBT as each other.” The notion that one individual could have a large beneficial response to CBT whereas another could have next to no response or even get worse highlights the continued need to streamline and optimise treatment options for each person, as some patients are at risk of being overlooked when only group averages are considered.

Shifting the focus to mechanisms

Over the last decade there has been a shift in the line of questioning about psychological treatments for chronic pain. Less focus is placed on whether they are effective, with greater emphasis on how they work.

Day went on to introduce mechanism theory in the field of psychology—the idea that psychological treatments have unique and discrete theoretical bases from which their mechanisms of action are derived. There are numerous models within this overarching theory.

The Specific Mechanisms Model says that treatments work the way we think they do by targeting unique processes or constructs. One example is that CBT targets pain catastrophising—a negative pattern of emotional and cognitive reactions to pain. Similarly, mindfulness-based interventions aim to increase mindfulness by changing the way one thinks about the present moment by viewing it with openness and without judgement. According to the Specific Mechanisms Model, changes in the mechanism targeted by a treatment leads to improvements in pain outcomes. In contrast, the Shared Mechanisms Model proposes that if two treatments target the same underlying mechanisms, then these treatments will have similar effectiveness.

To put these models to the test, Day highlighted results from a 2016 secondary analysis of randomized controlled trial data by Judith Turner, University of Washington, Seattle, US. Turner and her colleagues recruited 342 adults with chronic low back pain, who were randomly allocated to receive one of three treatments: mindfulness-based stress reduction (MBSR), CBT, or usual care. They then set out to examine the effects of these three treatments on mindful non-reactivity (allowing thoughts and feelings to arise and pass without judgement) and pain catastrophising.

The secondary analysis showed that MBSR—again, presumed to work on mindfulness, not catastrophising—resulted in a larger reduction in catastrophising compared to CBT. This is not what would be expected according to the Specific Mechanisms Model. The analysis also showed that while both MBSR and CBT were beneficial on mindful non-reactivity, neither treatment was more effective than the other on that measure.

“This research showed very little support for the Specific Mechanisms Model as we would expect to see a greater effect of CBT on pain catastrophising [compared to MBSR], and a greater effect of MBSR on mindful non-reactivity [compared to CBT],” Day said. “What we would wonder from that is whether CBT and MBSR—two theoretically unique treatments—work via shared mechanisms.”

One mechanism to rule them all?

As the Turner study did not specifically investigate the mechanisms underlying the effects of the treatments, Day and her colleagues undertook a pilot study to do just that. This investigation compared the effects of mindfulness meditation, cognitive therapy, and mindfulness-based cognitive therapy (which uses cognitive therapy in combination with mindfulness meditative practices) in a cohort of individuals with chronic low back pain. The primary outcome of the pilot study was pain interference, or the extent to which pain interferes with daily activities. The mechanisms examined included pain catastrophising and mindful non-reactivity.

“The tempting conclusion—based on the evidence—is that all have ran the race via the same pathway and everybody has won and all must have prizes,” Day said. According to this somewhat more elaborate dodo bird effect, different psychological treatments elicit their effect through a shared mechanism—a reduction in pain catastrophising.

“However, the limitation with drawing this conclusion is that we have the same problem in mechanism research that we do in efficacy research—a lumping problem,” Day said. “Just as we are looking at average effects to determine the efficacy [of a treatment], we are looking at group average changes in processes to come to our conclusions about the underlying mechanisms. It’s quite possible that the mechanisms vary as a function of whether an individual responds to the treatment, or is a non-responder to the treatment.”

Further research is necessary to address this question, starting with a more nuanced investigation of the underlying mechanism pathways between treatment responders and non-responders. Day has confidence that the pain psychology research community will make good progress in answering these questions of moderated mediation. As for now, whether the dodo bird verdict remains in effect, or will go extinct like the famous bird itself, remains to be seen…

Lincoln Tracy is a postdoctoral research fellow in the School of Public Health and Preventive Medicine at Monash University and freelance writer from Melbourne, Australia. You can follow him on Twitter @lincolntracy.

The original Pain Research Forum article can be found here.